Misheck Masamvu (1980, Penhalonga, Zimbabwe) explores and comments on the socio-political setting of post-independence Zimbabwe, and draws attention to the impact of economic policies that sustain political mayhem. Masamvu raises questions and ideas around the state of ‘being’ and the preservation of dignity. His practice encompasses drawing, painting and sculpture.

Masamvu studied at Akademie der Bildenden Künste in Munich, where he initially specialised in the realist style, and later developed a more avant-garde expressionist mode of representation with dramatic and graphic brushstrokes. His work deliberately uses this expressionist depiction, in conjunction with controversial subject matter, to push his audience to levels of visceral discomfort with the purpose of accurately capturing the plight, political turmoil and concerns of his Zimbabwean subjects and their experiences. In 2020, Masamvu took part in the 22nd Biennale of Sydney. 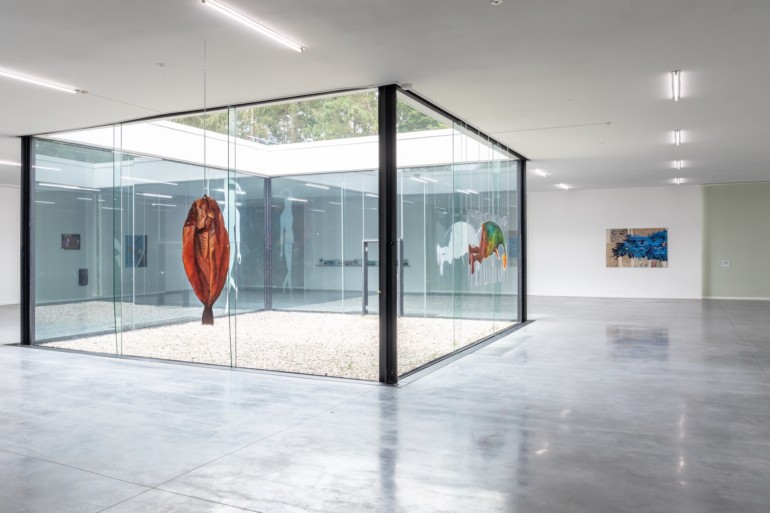