Jenny Montigny’s (1875, Ghent – 1937, Deurle, Belgium) pursuit of painting was disapproved of by her family while growing up in Ghent. Unsupported, she made her own way and became a pupil of Emile Claus – a founding member of Luminism, the Belgian post-Impressionism movement. She took classes with Claus in his atelier in Astene and historically, their names have always been tied together not just as pupil and master but also as intimate friends. However, a tour de force of ‘Luminism’ in her own right, Jenny is gaining posthumous recognition. De School is characteristic of Jenny’s later paintings which focused on the children of Deurle – at school and playing in the fields on the banks of the river Leie. 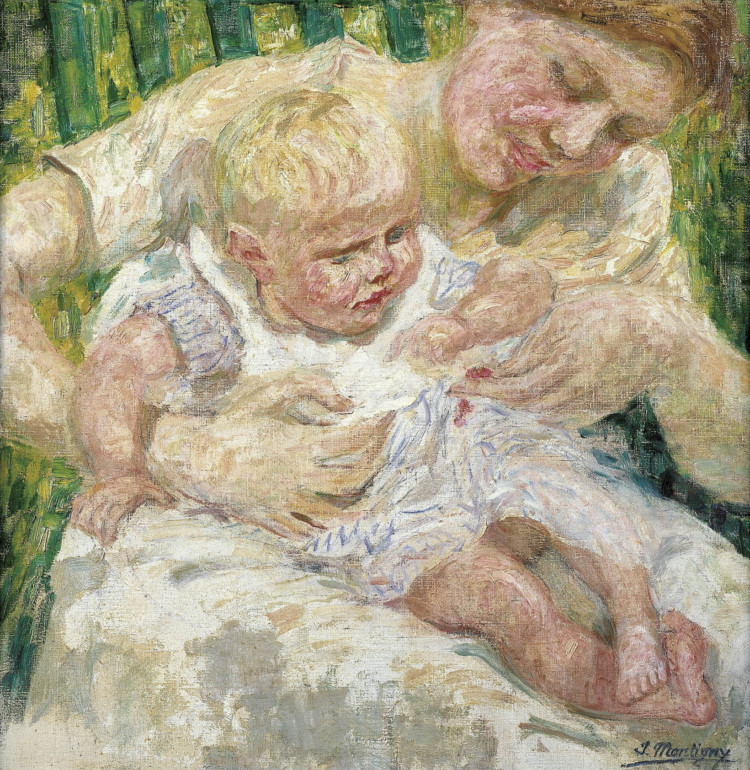 Here, there, elsewhere – Portraits of a landscape