Since 1975, Vertessen has been representing herself in suggestive mise-en-scènes. The provocative exhibitionism of her role plays is often underlined by erotically charged symbols: red neon, whip, stiletto heels and feathers.

Her oeuvre, consisting mainly of photographs and sculptures, celebrates and critiques the stereotypical image of women – as seductress or object of desire. Museum Dhondt-Dhaenens organised one of her first exhibitions in 1983.

Antichambre is an ongoing series of displays that focus on a single artwork from collectors’ lavatories. 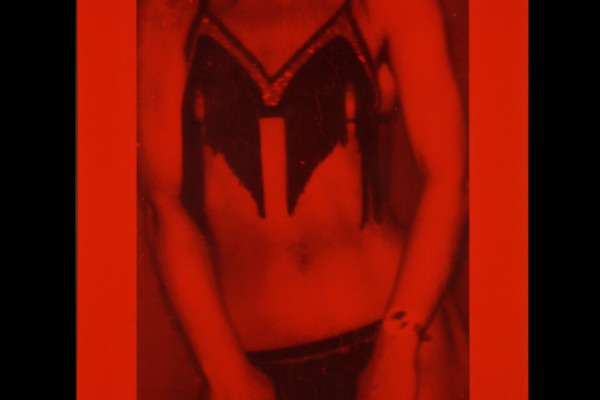